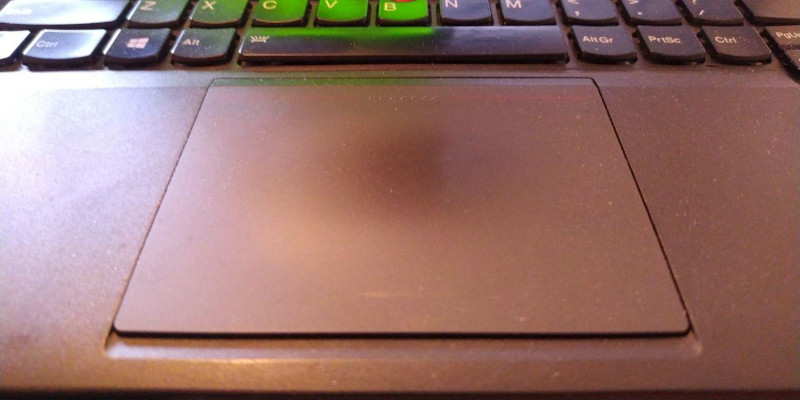 So you've landed here, and I feel you. You run Linux or BSD on an outdated machine with an outdated piece of Touchpad that just won't work properly. Every stackoverflow answer is wrong and doesn't work, you're stuck, and you have no idea how to fix it.

But don't give up, this guide is meant exactly for you to learn about the inner workings of the Synaptics Touchpad driver and how to actually make it work without issues. Because it's actually a sophisticated device that just needs some configuration love in order to make it enjoyable to use.

On your Linux or BSD distribution, you'll have to add a configuration file for the synaptics driver. For ArchLinux, this file has to be stored at the path /etc/X11/xorg.conf.d/70-synaptics.conf .

Additionally the Driver has to ignore emulated Mouse pointers coming from the Touchpad, otherwise we'll end up with a messed up behaviour that will shift the Mouse relatively instead of absolutely to the Touchpad corners.

In the 70-synaptics.conf , we start with the following :

If you're using the Synaptics Touchpad driver already, you'll also have the synclient tool available that you can use to show all settings and further parameters to configure the touchpad driver's Xorg config files.

Use Edges for Scrolling with the Synaptics Touchpad

The Boundaries are easily defined once you understood that there are two independent areas that you can define.

If the Touch Area exceeds the Edges, it's recognized as a Touch and not an Edge Tap. So if Edge-based Scrolling is desired, the Edges of the Touch Area are not allowed to exceed the *Edge Edges.

When running synclient -l , the defaulted areas give a hint on how large the coordinate system of the installed Synaptics Touchpad is. In the example case, it's 5112 in X-direction and 4832 in Y-direction.

Use only Touches and Gestures with the Synaptics Touchpad

The Area Options define the Touch/Tap areas on the Touchpad, so that it's possible to just instead use Two-Finger Taps and Two-Finger Scrolling and/or Three-Finger Swipes and Middle Clicks.

When running synclient -l , the defaulted areas give a hint on how large the coordinate system of the installed Synaptics Touchpad is. In the example case, it's 5112 in X-direction and 4832 in Y-direction.

By default, the Tap Buttons of the Synaptics Touchpad driver are messed up, and you probably want to change the Options related to them in order to have a correctly working Two-Finger Rightclick and Three-Finger Swipe .

If the Laptop has also a Clickpad (e.g. like Thinkpads have) it's also possible to disable it via the Clickpad Option. The PalmDetect Option is there to have you covered during typing on the Keyboard.

As every Hand Palm is different in size and weight, there's also a possibility to tweak the detection of it. If your Hand isn't detected properly or sometimes positions the mouse cursor or taps accidentially, the PalmMinWidth and PalmMinZ (pressure) Options can be tweaked.

Note that even the old Thinkpad Touchpads in the T400 series had support for Pressure-based motions in Z-direction, so it's very likely that later models of Laptops support it, too.

In order to have a more predictable behaviour of the Touchpad, it's possible to set the MinSpeed and MaxSpeed to the same maximal value of 2.0 , so that the speed isn't accelerated and therefore it's more predictable where the mouse cursor stops.

In order to setup Horizontal Scrolling and Vertical Scrolling , it's necessary to disable the Edge Scrolling first. Otherwise the dedicated areas on the outside of your Touchpad will be used for Scrolling, and that is unpredictable when using Two-Finger gestures in parallel.

The relevant ScrollDelta properties are calculated in an inverted manner, so they have to be set to a Number that's lower than 0 in order to emulate a Natural Scrolling behaviour.

The Synaptics Touchpad driver also supports the configuration of the time deltas after which a Tap and then the Click is recognized. Depending on whether you want the Middle Mouse Button (emulated Click on a Scroll Wheel of a Mouse) to function, these times can sometimes interfere with the Firmware's defaulted settings.

The time-related Options are all defined in Milliseconds .

There's also the possibility to use the Synaptics Touchpad in order to have the emulated mouse buttons available as taps on specific corners of the Touchpad.

The Number identifiers for the Option values are the same, but this example config should clear things up :

There's a difference from the Broadcom BCM5974 chipsets that are used in older Apple Macbooks or Apple Macbook Pros. Those have wrong SoftButtonAreas configured by default, so they need to be corrected.

That's pretty much it. I've skipped the Circular Scrolling settings because they were buggy on the Synaptics Touchpads I've used.

If you're in doubt, use synclient -l and use man synaptics because it's actually documented in much detail how the Options and Parameters interact with each other.

In case you missed something in between the lines, I've added my minimal config file that works without issues. You can use this to get to a starting point that you can incrementally modify to fit your needs.